The mind is the powerHouse, the power station, the vault of a man’s life. It is the Strong room of thoughts and imaginations, the bank of ideas and goals. A great life is a result of a great mind.

All actions and activities are programmed first in the mind before the step is taken...Tower of Babel Gen 11:33 They said to each other, “Come, let’s make bricks and bake them thoroughly.” They used brick instead of stone, and tar for mortar. 4 Then they said, “Come, let us build ourselves a city, with a tower that reaches to the heavens, so that we may make a name for ourselves; otherwise we will be scattered over the face of the whole earth.”…

Luke 14: 28 “But don’t begin until you count the cost. For who would begin construction of a building without first calculating the cost to see if there is enough money to finish it?

ALSO, CHECK How To Say ‘NO’ Effectively Under Pressure

The beginning and end of any project, assignment or task is first processed in the mind.

The mind is a data processing unit system that works with the imputed data and gives a corresponding result whenever it is needed.  The mind is like a market that has so many ways of entry and exit … There are many ways in which the contents of the mind can be Installed. 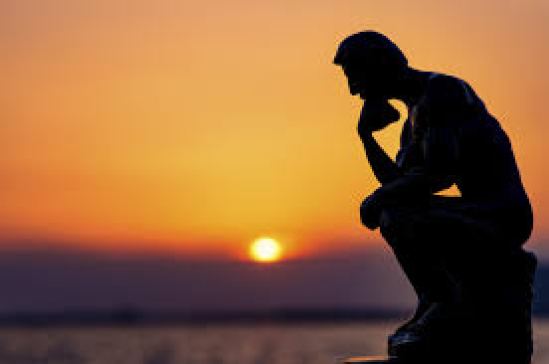 This works like magic, it’s the highest form and means to Program the mind. People often say the eyes cannot be deceived, although, we now have photographic illusions and technology that can flaw the efficacy of the eyes.

Yet, the eye is still the highest form of programming because Its easier to believe what you see than what you’re told. Whatever you see informs you and gives you a sense of involvement, or verdict that you can stand to defend anywhere either right or wrong.

Another way to mind is what you hear as much as the eye is powerful the ear is also because what is heard is also processed.  Just as women are moved by words, what they receive is duly processed and can be taken seriously beyond imagination.

As these entities help to contribute to the contents of the mind it’s therefore pivotal to censor what goes in and is registered in the mind  A made-up mind is just an opportunity away from taking that step unless an extra force interrupts.

For out of the abundance of the heart the mouth speaks …..

The Power Of The Tongue

Life and death are in the power of the tongue. The world was fashioned by God’s speech as He spoke he saw. So also, the world of a man is orchestrated by what he says. The tongue is the smallest member of the body  but directs the entire life and destiny of a man

Utterances create an atmosphere and happenings around a man’s life. A careless word can be used as a tool to torment a man’s life.

Heb.11:3By faith we understand that the universe was created by the word of God so that what is seen was not made out of things that are visible.

The wrong thing you are seeing is a result of what someone else has said on your behalf, but you can make an exemption by saying your own positivity  What you say is what you see, what you see is what you seize.

Tags
The Power Of The Tongue

Characteristics Of A Fake Pastor

Characteristics Of A Fake Pastor