This month marks the 25th anniversary of the mass suicide at Heaven’s Gate. The odd cult led by Marshall Applewhite had 39 members who all committed suicide, making it one of the greatest mass suicides in American history. Before we discuss further let’s look at the history of this mysterious cult group that was in existence some 25 years ago.

ABOUT THE HEAVEN’S GATE CULT GROUP

Heaven’s Gate is a religious organization based in the United States that believes in the existence of unidentified flying objects. The group promoted radical self-renunciation to the point of castration under various names throughout the years, including Human Individual Metamorphosis, Bo and Peep, and Total Overcomers Anonymous. Following the suicide of 39 of its members in a suburb of San Diego, California, in March 1997, it became well-known.

Founders Marshall H. Applewhite (1932–1997) and Bonnie Nettles (1927–1985) met in 1972 and soon became convinced that they were the two “endtime” witnesses mentioned in Revelation 11. In 1975 they held gatherings in California and Oregon that attracted their initial followers. Those who attached themselves to “The Two” dropped out of society and prepared for the “transition” to a new life on a spaceship. 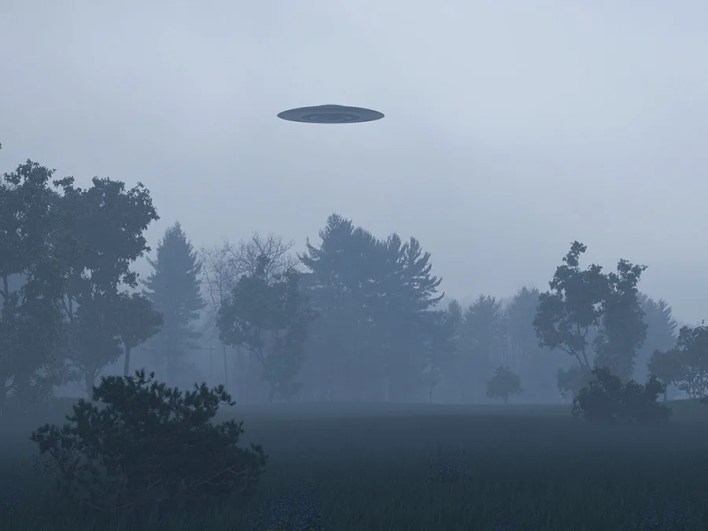 And by punch, we mean any fruit drink with nefarious intentions. Test your knowledge of all the doomsday prophets and cult leaders to avoid right here.

When the expected transition did not occur, the group settled in Texas and lived a quiet communal existence practising disciplines that they believed would prepare them for the eventual move to a “higher level” of existence. They had few contacts with outsiders until 1994, when their expectation of the imminent transition was again heightened, and they began a new round of proselytization. They also divested themselves of most of their possessions and began a pilgrimage that led them to California.

Settling in the San Diego area in 1996, they supported themselves by creating sites on the World Wide Web for Internet users and established their own Web site to offer readers a gate to heaven (hence the name by which they would become known). Early in 1997 a rumour circulated among the New Age community that an artificial object, or spaceship, was following the recently discovered Comet Hale-Bopp,

which would approach close to the Earth around the time of the spring equinox. As the comet approached, the Heaven’s Gate group, which had shrunk to only 39 members, took poison in three waves of 15, 15, and 9 in the belief that the spaceship would arrive to take them to a better place. Prior to the event, the members of the group made a video explaining their individual reasons for their chosen path.

The cult’s every minute was regulated, including when and how they slept, according to newly disclosed home videos. Jana Gibbons accepted a waitressing job after years in the cult, and the taste of independence convinced her it was time to leave.

This month marks the 25th anniversary of the mass suicide at Heaven’s Gate. The odd cult led by Marshall Applewhite had 39 members who all committed suicide, making it one of the greatest mass suicides in American history.

After a quarter-century, one survivor who got out before it was too late is speaking out for the first time in an upcoming interview.

Jana Gibbons was a vulnerable 16-year-old girl when she moved into the mansion. She lived there for five years, and is now talking to ABC’s Diane Sawyer.

“My guess is three-quarters of the people never set foot outside the door, and I was one of them — ever. And there probably wasn’t even any open windows. It was like a little spaceship,” Gibbons said.

Newly released home video shows inside the cult, where every minute was controlled, including when and how they slept, how long they showered and rules about not talking.

Gibbons says she went for years without speaking. Finally, she was permitted to find work as a waitress.

“Luckily we did start restaurant jobs at the very end, because I hadn’t spoken probably in four years,” Gibbons said.

That taste of freedom convinced Gibbons it was time to escape.

Giddy farewell videos were recorded by the cultists, knowing they were about to commit mass suicide. They were brainwashed into believing they were all about to board an alien spaceship that would transport them to a higher level of existence.

Among the dead was the brother of “Star Trek” legend Nichelle Nichols.

“Most people, if put into the right circumstance, will tend to conform,” says professor of religious studies Dr. Lorne Dawson in the upcoming special.

“The Cult Next Door: The Mystery and Madness of Heaven’s Gate” airs tonight on ABC’s “20/20” at 9:00 p.m. and beings streaming Saturday on Hulu.