The Late Founder of the Synagogue Church of All Nations (SCOAN), T.B Joshua, was today, Friday, July 9, laid to rest at the church premises at Ikotun, Lagos.

TB Joshua died after a church service at SCOAN on June 5, few days before his 58 birthday anniversary.

The church on June 29 said that July 5 to July 11 would be dedicated to a series of TB Joshua’s ‘laying to rest’ activities tagged: ‘Celebrating the Life and Legacy of Prophet Joshua (1963 to 2021)’.

The News Agency of Nigeria (NAN) reports that people from different races, cultures and countries gathered to give final respect to the late preacher.

NAN reports that before the interment of the late preacher, his burial service was held and Bible passages read.

TB Joshua Has Been Buried 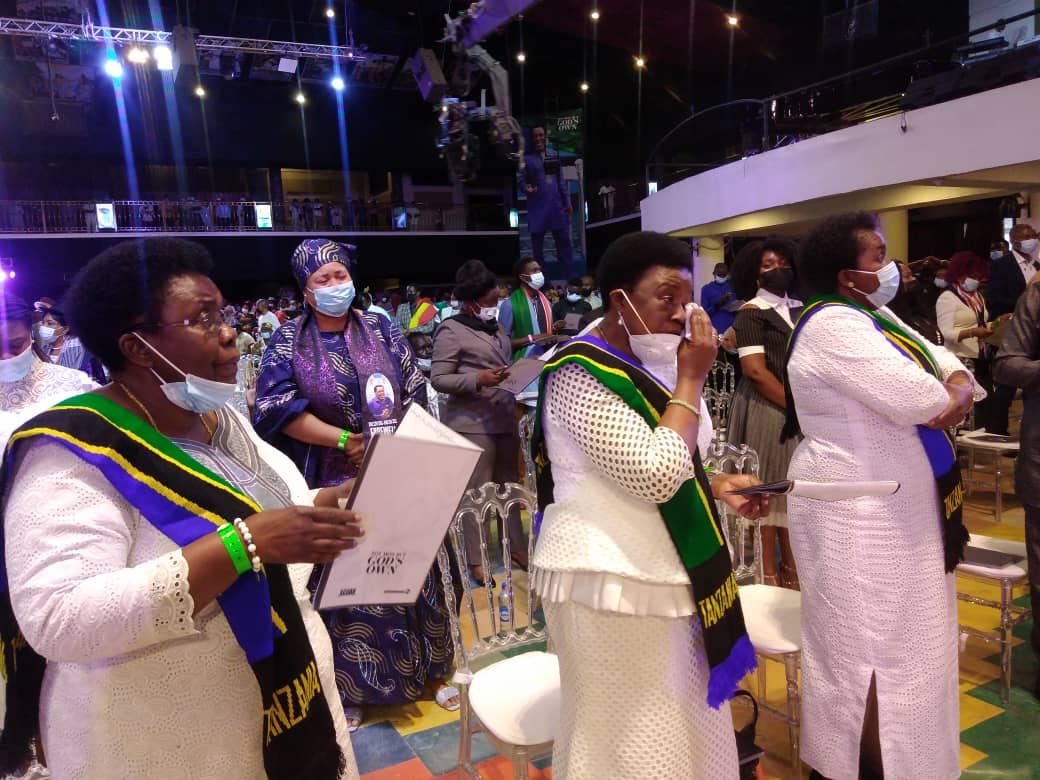 The first Bible reading, taken from First Corinthians 15: 51 – 57, was taken by Governor Rotimi Akeredolu of Ondo, after which Stephen Ogedengbe of the Wisdom of Chapel Ministry explained the passage. 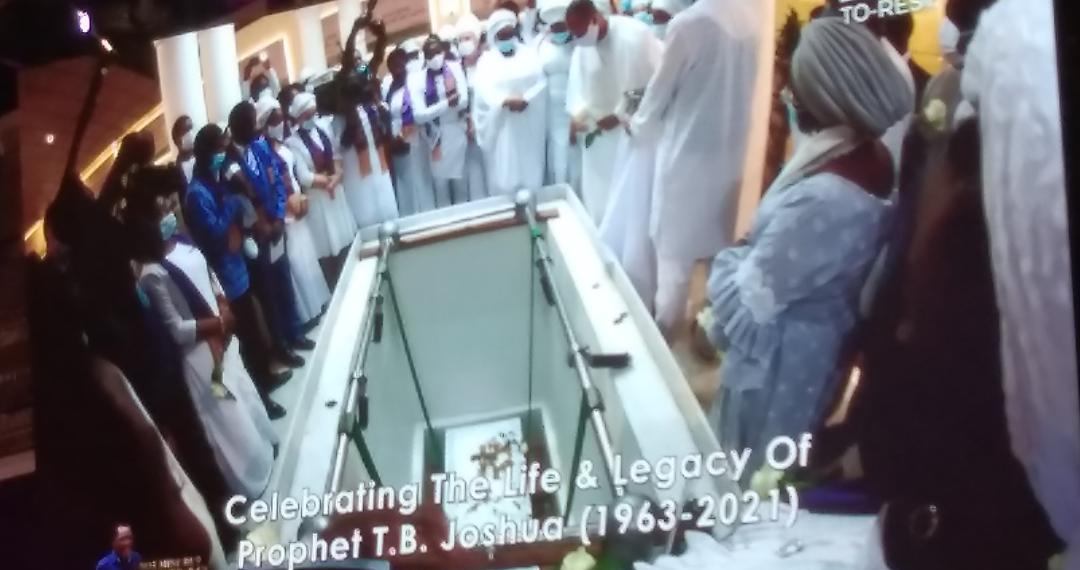 The pastor urged Christians to emulate the exemplary life of love lived by the late founder of SCOAN. Mr Ogedengbe said: “The character of a true believer is to find refuge in our Lord Jesus.

Tags
TB Joshua Has Been Buried