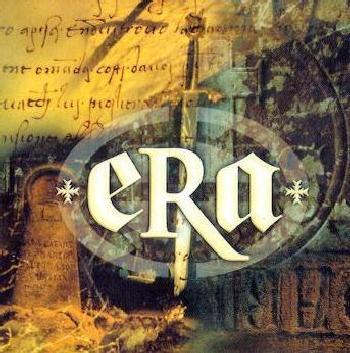 Meaning Of The Song “Ameno By Era’ In English

This Song “Ameno By Era, has been making waves lately online initially released in 1996 but redefined and remixed into modern-day music. Ameno” was written by the new-age artist Eric Lévi. The lyrics are written in Pseudo-Latin, i.e. sounding like Latin but are in fact deliberately devoid of any exact meaning. This makes the song have a twist in source and origin because the actual message is unclear.

“Ameno” is a song by the French new-age musical project Era (stylized as +eRa+). It was released in June 1996 as a single from their self-titled debut album Era and became a chart success in France, Belgium, Sweden and Latin America.

ALSO, READ How The Song Ameno By Era Became Popular In Nigeria

Although the dynamics and musical components or compositions are soothing to the ears. But, music is a language of the soul and must have a clear message or root.

Song: Ameno By Era’ In English Seems Mystical And Spiritual

The live performances and delivery of the song entail a lot of mystical/spiritual or demonic demeanour. A particular appearance, costume, lighting and mood accompanies this song. Although it’s trending and viral after over two decades of the original release. But, it’s best to know what the content of a product is before making it a household material. The meaning is undefined and hard to say whether it is a good song or a bad song.

From the lyrics, it’s surely a spiritual song because the message involves a conversion or request from the realm of the spirit. A song for meditation or incantation with a world beyond and so on. This is just a candid opinion, we have the choice to feel any way about anything.

Ameno By Era’ In English A Mystical And Spiritual Song

However, the refined vocals are performed by Guy Protheroe and Harriet Jay. Eric Lévi played keyboards and programmed them, whereas Philippe Manca played lead guitar, bass and drums. The choir rendition is by The English Chamber Choir.

ANS: Seems So, But not certain for the contents speak of a message the songwriter might need to be asked to verify

ANS: NO!! It’s a Classical song, but not of a Catholic Origin or Source, Not tied to a known Catholic Root. It is not a catholic song.

ANS: It’s neither a good song nor a bad song, but the meaning in English is mystical and the source mysterious. Certainly not a song for Kids, and also not for Christians.

Is The Church In America Dying? – By Jerry Newcombe

Is The Church In America Dying? – By Jerry Newcombe